Petr Homolka is a recent CEMS graduate, and, at the same time, he is also the founder of the Neúnavní endowment fund, which focuses on helping patients in the fight against chronic fatigue syndrome (ME / CFS). In cooperation with the student organization CEMS Club Prague and its corporate partners, they are now also organizing the #RunToRecharge charity run. How did the idea of founding a non-profit organization come about and what is it like to run a non-profit? Read in the interview below.

Can you introduce us to the non-profit organization Neúnavní? What is its mission?

The Neúnavní Endowment Fund was established in the summer of 2020 to help patients with chronic fatigue syndrome return respect and quality to their lives. Patients often disappear completely from society due to this disease and then they are somewhat forgotten. So far, however, we are more of a non-profit start-up, there are six of us, but we are growing. The ambitions and challenges ahead are great, and the more of us there are, the faster we can help patients.

You mentioned that not much is known about chronic fatigue syndrome. Would you tell us a little more about this disease?

Chronic Fatigue Syndrome (abbreviated ME / CFS) is an acquired neurological disease with complex effects on the body and life of patients. Very often, symptoms trigger in response to a viral disease, such as angina. The problem is that patients do not recover fully and experience unexplained fatigue, cognitive problems with memory, thinking or concentration, muscle and joint pain, but also, for example, a completely inappropriate reaction and worsening of symptoms in response to any activity, including cognitive or emotive. As a result, patients spend most of their time at home, often unable to work, and this condition can last for several years. At the same time, doctors still don’t the cause of ME / CFS, so they can’t even treat it. And this mysterious disease affects about 0.5 percent of society, which can mean up to 50,000 patients in the Czech Republic.

What was behind the establishment of the organization?

About 2 years ago, my good friend suddenly fell ill with ME / CFS. I immediately noticed that there is no organization in the Czech Republic that would offer these patients relief and help in their daily lives. There is a Patients’ Club, with which we still work, but it focuses mainly on the “bigger” changes such as negotiations with politicians and doctors. We, on the contrary, first want to become a partner of patients and find ways to make their daily lives easier. When we succeed, we want to actively work to ensure that this disease is recognized as a valid diagnosis and that patients are entitled to a financial contribution from the state.

What was the path from idea to realization?

The beginning was quite challenging. To find out which legal form is best for us, come up with a name, put together a website, it all took a while. However, we said to ourselves at the beginning that we wanted to do it properly because it can only pay off for us in the future. And it did because now patients are interested in working with us. If we did it wrong, new volunteers probably wouldn’t even join us, so I’m also very happy about it.

What is it like to run a non-profit organization? What are the biggest obstacles you faced or you are still facing?

A lot of people say it’s similar to starting any other business project, and that’s probably true to some degree. For us as an organization, it has been and still is, a challenge to gain the trust of patients, because unfortunately the community encounters mistrust and doubt every day. For me personally, the biggest challenge is to be a good leader of the whole team, it’s definitely something I’m still learning, but I really enjoy it. At the same time, one must have a thick skin, because you often meet with unfortunate stories, which is sometimes difficult not to take to heart. 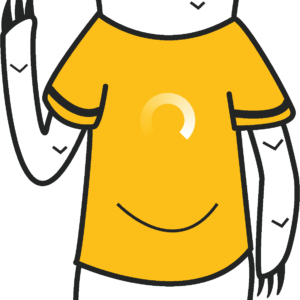 What role does you being a CEMS graduate play in it? Did the knowledge gained during your studies help you in any way?

CEMS certainly plays a big role in this. The mere fact that during your studies you work with leading companies in the Czech Republic on projects from almost every area of ​​their operation is a huge plus. In addition, CEMS strives worldwide to motivate its students not to be blind to the problems in the world around them, but instead to try to solve them. Thanks to that, I already participated in a few non-profit projects during my studies and starting my own project was all the easier and actually more obvious.

Why did you actually decide to study CEMS? Do you not regret this decision?

I certainly do not regret it, quite the opposite. For me, CEMS fulfilled exactly what I expected from it. I wanted to study in an environment in which all students are determined to reach their maximum because I knew that it would also push me to better results. Moreover, because the whole program is international, one always encounters new opinions and perspectives on various issues, which I really enjoy. And then, of course, there is a lot of time spent abroad, both on an internship and on a study exchange, which was a priority for me regarding my master’s program.

What minor specialization did you complete during your studies and what was your favourite subject?

My specialization was Consulting, so a lot of critical thinking, but also hard skills. My favourite subject was definitely International Strategy with Mr. Tyll. There I learned new insights through various case studies and articles, but it was also a great platform for discussion with others. In addition, we also worked on a project to expand Czech companies to India, which at first glance didn’t seem like an exciting project, but in the end, we learned a lot.

Together with the student organization CEMS Club Prague, you are now organizing the Charity Run #RunToRecharge event. Can you describe the event and tell us what its goal is?

CEMS Club Prague decided to organize the #RunToRecharge in cooperation with their corporate partners within the CSR activities of the Club. In general, it is probably difficult for CEMS Club to come up with new activities for students in today’s covid era, but I appreciate all the more that they are doing this Charity Run. When they planned it all, they were looking for a non-profit organization to which the potential proceeds would go, so they approached us and we gladly accepted. During this two-month event, there are 4 levels of goals in front of students and corporate partners, during which they “run to recharge batteries” for the Neúnavní and the patients we work with.

What is the current state of participation and earnings?

As I said, there are several gradual goals in front of the runners. In the first phase, the goal was to run 500 km collectively, which “unlocked” the first roughly 10,000 CZK for the Neúnavní. It is unbelievable that it happened in just 3 days. Another goal is 2000 km and this way it will continue. In total, we can manage to collect almost 45,000 CZK, which is a great contribution for Neúnavní. It will, for example, cover group patient therapies for the rest of the year! The great thing is that about 80 runners have already joined this challenge, so those kilometres add up really fast. In addition, there are not only current students but also graduates and representatives of corporate partners participating, so a real “team effort”. In general, I think it is a great success of the CEMS Club, for which I thank them once again.

Are you planning other similar events in the future?

We are all athletes within our Neúnavní Team, so we are definitely planning similar sports benefit events in the future. There is also a nice overlap in the fact that we can show beautifully that what is a normal effort for a healthy person is usually a dream for patients, which, unfortunately, due to their illness, they simply cannot achieve. And if they try to do so, it can have severe consequences for at least a few days.

Will you continue to focus on Neúnavní in the future or do you have any other plans?

I never planned to devote myself 100% to “non-profit”. I still have ambitions to build a career for which my studies prepared me. At the same time, I would like to keep charitable activities in life and have, for example, 70% dedicated to my career, 30% to non-profit. For Neúnavní, it’s really a long-distance run and I don’t plan to leave until we have significantly improved the situation of patients with ME / CFS.